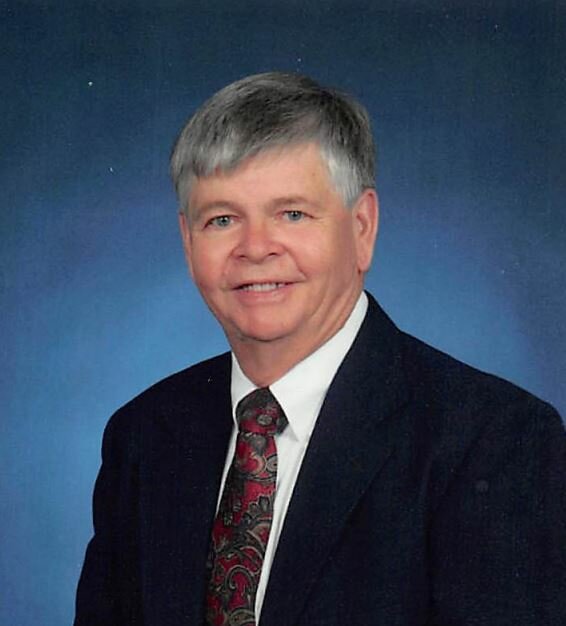 James C. Smith, Jr. entered into eternal rest November 12, 2022.  James was born in Americus, Georgia October 4, 1939 to the late James C. Smith, Sr. and Georgia McGhee Smith Ross.  Along with his parents James is preceded in death by his sister, Catherine Smith Bowers.

James was a dedicated hard worker, beginning with his first job at a local grocery store in Americus.  He served his country proudly in the United States Army National Guard.  James attended school at the New Era Community, Americus High School, Georgia Southwestern College and Georgia State. He began his adult career in telecommunication with Southern Bell and later with AT&T as a lineman, then repair service and finally being promoted to marketing.  His career took he and Cathy to Lilburn, Georgia, Colorado, then retired to Big Canoe, Georgia in 1996.  James enjoyed retirement with golfing, participating in book sale fundraisers for his church, Big Canoe Chapel, cooking and woodworking.  He also loved mathematics and would work during tax season for H&R Block as a part time career.

James is survived by his wife, Cathy Smith of Macon, Georgia; sister, Brenda (David) Smith Hodes of Centerville, Georgia; and nieces and nephews that were held closely to his heart as his children.

A Memorial Service is scheduled for Monday, November 21, 2022, 2:00PM in the North Macon Presbyterian Church. Inurnment will take place immediately following the service in the Byron Cemetery on Murdock Lane, Byron, Georgia.

Please go to www.heritagememorialfuneralhome.com to leave an online condolence for the family.

Heritage Memorial Funeral Home and Crematory has been entrusted with the arrangements for Mr. James C. Smith, Jr..

To send flowers to the family or plant a tree in memory of James Smith, Jr. , please visit Tribute Store
Monday
21
November

A celebration of his life

Share Your Memory of
James
Upload Your Memory View All Memories
Be the first to upload a memory!
Share A Memory
Send Flowers