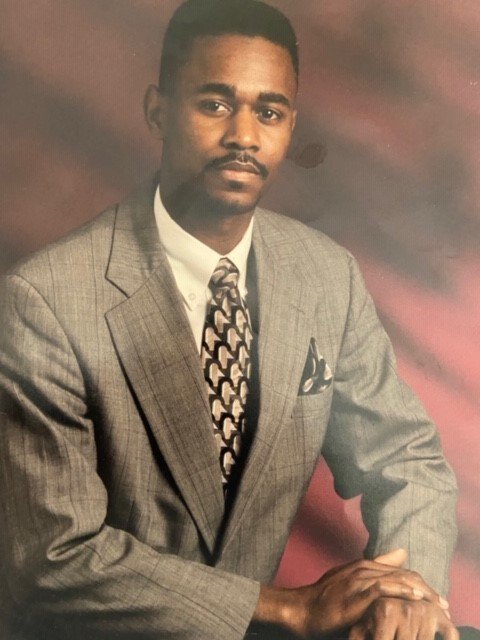 Get Directions
Tuesday
12
May

Our brother in Christ Mark O. Johnson, Sr., went to be with his Lord and Savior on Thursday, April 30, 2020. Mark was born on November 29, 1963 in Farnham, Virginia, he was the dear loving son to Pastor Doris Ann McCrary and Deacon Lewis McCrary who proceed him in death. He started his public schooling in Virginia(1st grade) and later when moving to Fort Valley Georgia he entered public county school system of Peach County (2nd -8th grade), then Northside High School in Houston County school system (9th-11th), and graduating from Southwest High School in Macon Georgia. He loved learning and had a great pursuit for knowledge. He continued his educational journey to receive his associated degree and certification in Computer Office Mechanical maintenance from Georgia Southwestern.
Mark was a warrior provider in support of his family. He started his work carrier being an entrepreneur developing a successful company name Mark Incorporated Personal and Business computer and office machine repair. He later move to North Carolina and started working at Kinston Neuse Corporation where he flourished. He later moved back to Warner Robins Georgia where he secured his working career at Armstrong World Industries of Macon Georgia. In addition, his true entrepreneur spirit continued through out his life as he had his own full lawn care service, “Johnson’s Landscaping and Lawn Service.”
He became a great family man as he took to his betrothed and heart Tonya Lawson Johnson where they were married at World of Deliverance at 611 Northside Drive on September 2nd, 2000. In staying steadfast in walking in God’s faith he ended up being the member with his wife of End Time Harvest under the leadership of Pastor Melvin Womack located at 114 Bell Drive in Warner Robins Georgia.
Mark Johnson has six beautiful children in which he leaves behind to continue his legacy. He loved each dearly and developed a personal relation that creates a bond that will never go unbroken.
Mark O’Brien Johnson, Sr.
He was full of life, easygoing, sociable and never met a stranger during his walk-through life. Mark placed God first always in life! He was a loving husband, father, grandfather, uncle, brother and friend who will be greatly missed.
His memory will forever be cherished by his loving wife of 23 years, Tonya Johnson; 6 children, India Mann, Keon Releford, Avia Johnson, Keira Scott and husband Timothy Scott Jr; Mark Johnson, Jr. and Lexton Lawson; 12 grandchildren; Sisters: Janice Terrell and Erica Wright,2 brothers: Rodney Johnson and Ricky Johnson, and a host of nieces, nephews, and cousins will forever cherish his memory.
A Celebration Service honoring his life will be held at 1:00PM on Tuesday May 12, 2020 in the chapel of Heritage Memorial Funeral Home. Immediately following the service, he will be laid to rest at Word of Deliverance Church Cemetery. A visitation with family and friends will be held one hour prior to service from 12:00PM to 1:00PM.

Share Your Memory of
Mark
Upload Your Memory View All Memories
Be the first to upload a memory!