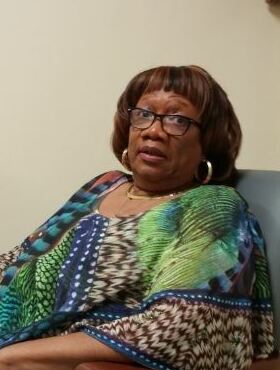 Avalon Lucille Frost rejoined her beloved husband and gained her heavenly wings on September 18, 2022. Avalon was born in Savannah, Georgia on October 9, 1939, to the late Roberta Gissentanner Grant. While attending Alfred E. Beach High School Avalon met and later married Napoleon B. Frost. Avalon and Napoleon raised their four children on domestic and foreign land. As the matriarch of a military family, Avalon showed her love and devotion to her family by making every destination feel just like home.

Those who had the privilege of being within her close circle of love knew Avalon to be a fierce protector and cheerleader. As the queen of our lives and hearts, she always made time for her family and friends. When others offended you; she fought the battle for and/or with you. When you were pursuing your dreams; she was there to cheer you on. When you needed comfort and love; she was there to somehow make things better.

Avalon’s affiliation with the Air Force was not only that of a military wife; Avalon retired from both Non-Appropriated Funds (NAF) and Federal Civil Service. Upon culmination of her career in federal service, Avalon actively worked with the American Legion Women’s Auxiliary achieving the coveted position of Sixth District Vice President. Avalon also diligently served as the program coordinator for the local American Legion Girls State Mentoring Program.

Avalon was an avid shopper and had a love for interior design. During football season she could be found watching NFL Sunday. Avalon’s children matriculated from Warner Robins High School so it only made sense that she was a diehard Warner Robins High School Demon fan. Although she didn’t go to all the games, if they were broadcast on GPB she was tuned in rooting for the home team, “Go Demons or Big Red.”

Services will be held at Heritage Memorial Funeral home on September 23, 2022, at 1:00 p.m. A private burial will occur at the Georgia Veterans Memorial Cemetery where she will be laid to rest beside her beloved husband.

In lieu of flowers, donations in Avalon’s name can be made to St. Jude Children’s Research Hospital, 262 Danny Thomas Pl, Memphis, TN 38105.

Please sign the online guest registry at www.heritagemfh.com and leave your personal condolences for the family.

To send flowers to the family or plant a tree in memory of Avalon Lucille Frost, please visit Tribute Store
Friday
23
September

A celebration of her life

Share Your Memory of
Avalon Lucille
Upload Your Memory View All Memories
Be the first to upload a memory!
Share A Memory
Send Flowers