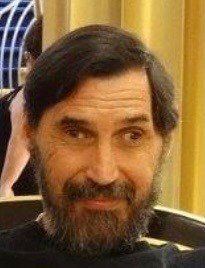 Macon, GA-Garry Roman, 65, passed away on Monday, June 14, 2021.  Services are private for family only. Garry will be entombed in the Mausoleum at Parkway Memorial Gardens.
Garry was born in Chicago, Illinois to the late German and Ruth Roman. He retired from Zantop/Temco Inc. as a parts salesman. He was a loving brother, uncle, and friend and will be missed by everyone who knew him.
Garry is survived by his siblings, Terry Roman (Ann), Pamela Hall (Mike), and Anthony Roman, all of Warner Robins; and several nieces and nephews.
Please sign the online guest registry at www.heritagemfh.com and leave a personal condolence.
Heritage Memorial Funeral Home & Crematory is in charge of the arrangements.

To send flowers to the family or plant a tree in memory of Garry Roman, please visit Tribute Store

Share Your Memory of
Garry
Upload Your Memory View All Memories
Be the first to upload a memory!
Share A Memory
Send Flowers