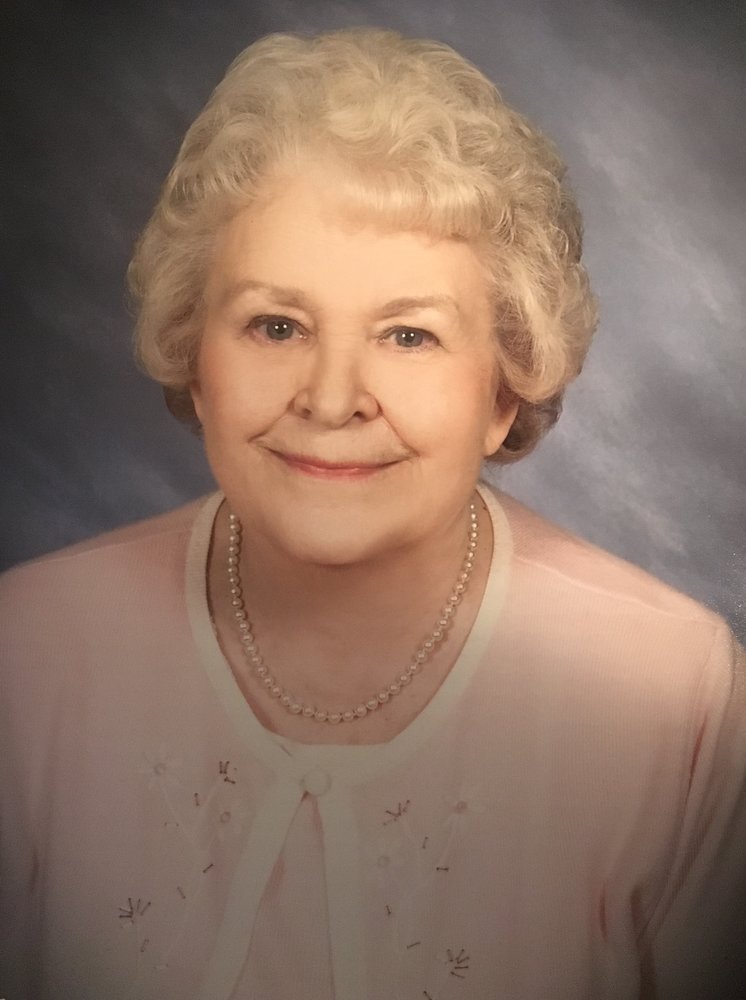 Bonaire, GA - Mrs. Arline Clements Landreth went to be with the Lord on December 13, 2019. A funeral service will be Thursday, December 19, 2019 2:00PM in the Heritage Memorial Funeral Home Chapel. Visitation will be from 1:00 to 2:00PM, one hour before the service. Burial will follow in Parkway Memorial Gardens.

Arline was born in Lagrange, Georgia on March 21, 1930 to William and Lurline Clements.  She was the third of four children. Growing up in the depression era was hard.  Her parents were textile workers, and Arline worked hard on chores around the house.  In her teen years, the family moved to Daytona Beach, Florida.  At the age of 18, she gave her life to the Lord and was blessed to go to Beulah Heights Bible College in Atlanta.  During and after college, Arline became a traveling evangelist and camp meeting preacher.  In 1950, she married Raymond Landreth who was in the US Army.  Again, Arline worked hard as a young mother of two, Evelyn and Ellis (Raymond Jr.) surviving the challenges of separations and oversea deployments.  Raymond transferred to the US Air Force and the third child, Terry, was born.  The additional moves continued to the last assignment at Fairchild AFB in Washington State where the fourth child, Richard, was born.  The transition to civilian life also involved numerous moves including Virginia and Colorado and eventually to Nebraska where David, Joseph, and Virginia became part of the family.   In addition, while in Nebraska, Arline also accomplished a lifelong dream of graduating from college.  At the age of 50, she completed a Bachelor’s degree in Home Economics Education.  Retirement brought them to Warner Robins so Arline and Raymond could be closer to their siblings as Raymond’s brother, Elbert, was married to Arline’s sister, Daisy. In total, Arline had lived in eight states and two foreign countries.

Life does not always go as planned and in 1998, Raymond and Arline divorced.  Since that time, she joined Andrew United Methodist Church and remained involved until her declining health forced her to be homebound.

Arline’s life, legacy, and impact is evident by her service to God, instilling her faith in her children, and serving in the church wherever she went.  That legacy is carried on in the lives of her seven children, 20 grandchildren, and soon to be 10 great grandchildren.  Arline is preceded in death by her siblings, Adrian, Daisy, and Donald and by granddaughter, Ashley, in 2006.

Share Your Memory of
Arline
Upload Your Memory View All Memories
Be the first to upload a memory!