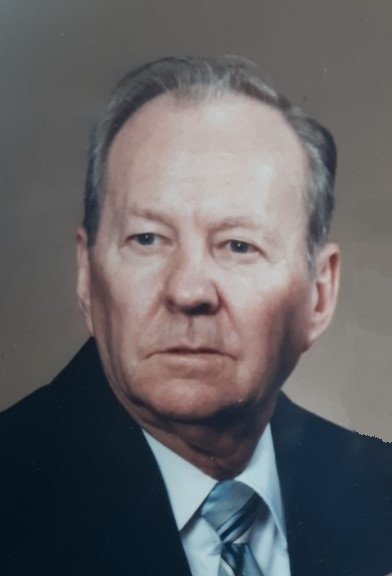 George W. Trotter, 94, passed away on November 15, 2019. Funeral services will be held on Thursday, November 21, 2019 at 11:00AM in the chapel of Heritage Memorial Funeral Home. Burial will follow in Parkway memorial Gardens. A visitation will be held one hour prior to the service at the funeral home.

George was born in Centre, Al on September 13, 1925 and was a proud combat veteran of the United States Army, who served during the Battle of Bulge and The Rhine River Campaign. He loved sports, especially the Braves and the University of Georgia, reading his bible and decorating his car and home. George also enjoyed going to Wal-Mart, Krystal’s and the Huddle house. He is preceded in death by his wife, Monteen Trotter.

Please go to www.heritagemfh.com to sign the online guestbook.

Heritage Memorial Funeral Home and Crematory has charge of arrangements.

Share Your Memory of
George
Upload Your Memory View All Memories
Be the first to upload a memory!